ANIMALS OF THE DONUZLAV AND ANIMALS OF WESTERN CRIMEA 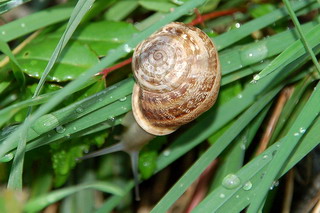 It happened in the summer of 1958, when in the west of the Crimea near the Cape Tarhankut geographical studies were conducted. In the coastal cliff of right bay of the Cape Ozhinovoy among fragments of limestone karst filled the niche of the red-brown loam, P.Podgorodetskiy found more than 180 bones of various mammals, amphibians, reptiles and birds. It is established that the bones of an elephant and bison South, deer, antelope, horses Stenona and South Meadow Russian horses, rhinoceros. Another found the bones of the wolf, fox, beaver and ermine, marten stone rabbit, badger, coney, hamster, lemming, gopher shrews, hedgehogs, bats, other mammals, just over 47 individuals from 30 species. In addition, there were found and identified the bones of birds such as the ruff, the average woodpecker, chaffinch, a lark a small forest and bird big bird. Discovered by researchers bones of animals Tarkhankut scholars date the beginning of the Quaternary period, more than a million years they spent in the land. 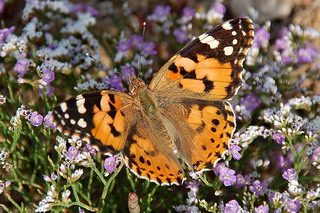 All this confirms that the valley of the Danube, Dnieper and Southern Bug were advanced far south of their combined delta occupied the swampy land at the site of today's Odessa Evpatoria Black Sea Gulf. Only in the floodplain area afforested elephants and rhinoceroses, bison and horses and other large mammals may have had rich pastures, watering places and safe shelter. The existence of the beaver is no conceivable course of the river with a quiet and wooded shores. Probably the animals settled in western Crimea at that time as follows: open rocky-steppe and steppe loamy spaces watershed ridges were carried Stenona horse antelope and rodents in the floodplain forests and meadows of the ancient valleys of the Dnieper and its tributaries inhabited by elephants, rhinoceroses, bison, noble deer, the South Russian meadow horse, even weasels, badgers, wood lark, the woodpecker is average, titmouse, finch. In woody shrub thickets of living stone marten, everywhere fox and wolf find shelter and food.

With the forests gone and the animals; those animals that lived long ago in the west of the Crimea were killed by people. Only place names remind you of old animals: Donuzlav or Domuzlav in translation is shelter of wild boar, and the name of the village Tarpanchi (Okunevka) went from tarpans, which translates as wild horses. 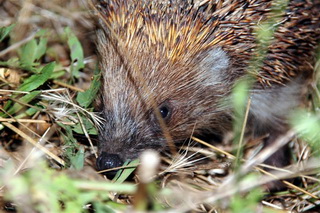 Today the animals and fauna are typical for the western Crimean steppe mammals. From the highest number of species and individuals take rodents: voles, jerboas, hamsters, and hamsters are gray, gray hare, squirrels, small, mole voles and other rats. At Djangul, bulk of the stone, you can see wild rabbits. Of the predators that feed primarily on rodents in the western Crimea, home to foxes, rare prairie ferrets, weasels. In the steppe, they run wild boars from the mountain area, and on the sandy beaches are sometimes run up the gray hares. Of the insect might find shrews (shrews: white-bellied and small), yet as usual common hedgehog. A lot of bats. Of the most common invertebrate arachnids and insects. Occasionally there are poisonous spiders: karakurt, tarantulas, and phalange. Reptiles on the Donuzlav and west of the Crimea is not enough: this is a common lizard, quick, can be found snakes (ordinary and water) and multi-colored lizard, yellow-bellied snake rarely comes across, and even rarer steppe viper. 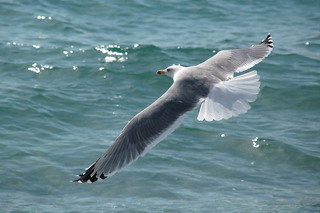 There are over 130 species of birds in the western Crimea. Of these, thirty species of birds are common in the steppe: the Lark (field, large and small steppe), and avdotka quail bustard, tirkusha, wild horse, bustard, crane, belladonna, and also other kinds of birds. Other bird species: the gray warbler Shrike Shrike, gray partridges and other birds live in the bush overgrown open steppe. At the time of the autumn and spring migration many birds stop to rest in the village Olenevka. These flights occur the waves going one after another. According to the observations of zoologist Vshivkov, per night and swooped them so that they cover all the convenient places for recreation: lakes and the coastal part of the sea are almost entirely occupied by waterfowl Almost every bush harbors dozens of small birds. At this time in the trees you can see red and gray herons. In the more secluded places on the Black Sea coast with luck will see the white herons, and even there are many birds of prey: hawk, falcon, buzzards and harriers. 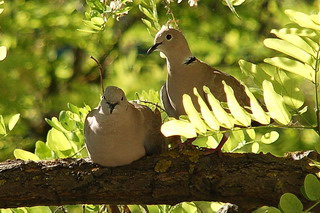 Large populations of birds nest in the northern shallow and desalinated part of the lake Donuzlav. Been there in the summer of 1929 a zoologist, Professor I.I.Puzanov in his book "On the untrodden Crimea" vividly and eloquently described his experience: "The more we delve into the steppe, the more it became more animated: the way squirrels ran continuously kurlykali cranes could be heard avdotki voice and fight quail, from place to place, and doves flitted hoopoes. Over the Donuzlav large white-bellied swifts cut the air with a whistle... above the water surface with sharp cries rushed terns and large beautiful duck-shelduck, some right before our eyes hiding in the crevices the rocky cliffs at the sight of ... we have broken up and flew a smooth flight five purple herons, but once we have scared the gray heron and a couple of night herons kvakv or the black darkness, from which hung a long spectacular white feather. Sometimes we scare the ducks usually small teal, whistlers, mallard ducks, and less shirokonosok and kryakv.

Since then, the number of animals on Lake Donuzlav and western Crimea decreased markedly. The nature of the land of its animals and flowers of the highest good, in order to keep her in the 1947 decision of the Crimean Region Council of People's Deputies, the northwestern part of Lake Donuzlav in the Crimea, declared nature reserve, in order to exclude any use of this unique monument of nature.