FLOWERS AND FLORA OF THE DONUZLAV AND WESTERN CRIMEA 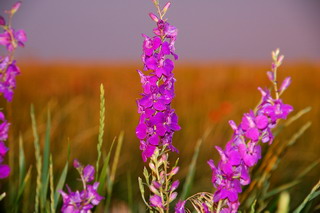 Of the more than 2,400 species of flora of the Crimea, there are 600 species from 62 families in the western Crimea, where the lake Donuzlav. In spring and early summer flora the steppe vegetation pleases the eye with blooms of all hues and bright splashes of flowers of different colors in the fields dotted with bright red poppies and flowers inflorescences blue hyacinth, purple delphinium and other flowers, but in the middle of the summer sun burns out all the colors of flowers, leaving only the yellow color is widely represented species of flora: Compositae cereals, crucifers, legumes, and others. It is better than in other regions of the Crimea, survived relatively large areas of natural flora, or a slightly modified the natural flora. The study of vegetation and flora is of interest to determine the formation history of the flora of the Crimea and to improve the nutritional value of natural pastures of the steppe region. There are few virgin areas left. In the vegetation of North-Western Crimea is dominated species that love dryness , more narrow-leaved grasses: Stipa grasses and Lessing, fescue, wheat grass, Koeleria, Poa, and other flora. Widely spread is the southern grasses, perennial grasses are: asfodelina Tauris, yurineya, bindweed tall blue salvia, yarrow, perennial species of flax, and the root, alfalfa and yellow crescent. 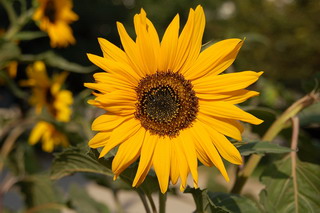 In spring steppes of the Crimea and west of the Donuzlav are covered with the colorful carpet of flowers. Germinate quickly and easily shed their annual species flower western Crimea. The division of the surface of the west of the Crimea and the associated diversity of soil and climatic differences provide a wide variety of steppe flora Donuzlava and west of the Crimea, in the north west of the Crimea survived to this day remnants of flora fescue feather grass steppes in the south of the north-western Crimea where the remnants of flowers of the Donuzlav flora sagebrush steppe fescue with a mixture of colors, various shrubs thyme, Jurin. The booms have Donuzlav in the north-west of the Crimea grow flowers and fauna feather grass, fescue and olugovelyh steppes, which are scattered sage bushes drooping, six pestles Filipendula, Galium very thin, delicate speedwell, and other flowers on saline sites and detrital slopes, as well as the old zatselinennyh fallow and intensive grazing in the field a lot suholyubivyh subshrubs, flora, which gives the appearance of the desert steppe is and different types of wormwood (Tauris, Austrian, white, woolly), and sage or thyme, germander, prostrate summer cypress and other flora. A variety of terrain give small shrubs such as wild rose, blackthorn, hawthorn, and krushnina Dereza. They are scattered over the slopes of gullies and ridges. 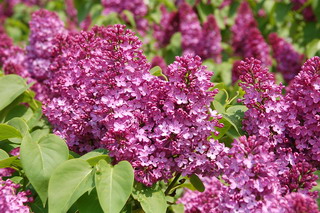 At Dzhangulskom landslide coast in the north-west of Crimea, on the cliffs of Lake Donuzlav in some places and beams are thickets of blackberry bushes bluish flowers, thorns, and various kinds of wild rose, elderberry, skumnii leather, buckthorn laxative, even warty euonymus, also east apple , pears, pine and jasmine bush. These shrubs, sometimes intertwined with ivy. Flora of the lower reaches of large beams and dryness of river flowing into the salt lakes, provided reeds, bulrush, reed sea, cattail Sitnikov as couch grass hearth. On the spit like Donuzlav, where the best beaches of the Crimea and the sprinkling of other salt lakes in north-western Crimea spread sand-love flora herb-grass steppes, creating a unique aroma and rest at the Donuzlav. Of all the flora of pastures and hayfields, the most important forage grasses have the couch grass, crested wheatgrass, and Pontiac, feathery grasses, and hairs, fescue, bluegrass and a bulbous perennial fires - Coast and Cappadocia, and on rocky and gravelly places two common types of Koeleria, legumes - alfalfa yellow sweet clover are two types of several species of astragalus; lyadvenets cattle, and of most grasses in pastures verblyudki..

Paleontological discoveries show that at the beginning of the Quaternary period and the time closer to us, forest cover in the region was much more than now. In the first centuries of our era flora of the Donuzlav and western steppe of the Crimea was abundant and fauna reflect this diversity.

You can download pictures of flowers of rose or white flowers photos or other photos of beautiful flowers.