CLIMATE AND NATURE OF THE DONUZLAV AND WEST CRIMEA
Climate and nature of the Donuzlav can be compared with climate of the resort in northern Italy and southern France. Nature of the Donuzlav combines the influence of the sea and the surrounding expanse of the steppe, making the climate very useful for the treatment and rest. The sea, that huge reservoir of heat, moderates cold in the winter and the heat of summer, reduces diurnal and annual variations in temperature, forming a soft, moderately humid climate, in winter there is not cold and in summer cool southwest breezes freshen the coast.

The abundance of sunny days: from 242 to 286 per year is characteristic for the nature of Donuzlav that is a little higher than in Sochi, Yalta and Sukhumi, and therefore it is better for the rest on the sea. In the abundance of sun Donuzlav surpasses all famous Crimean resorts. The average number of hours of sunshine is here 2355-2555 (in Eupatoria- 2384, in Yalta- 2223, Sochi – 1980, Moskow- 1560). Even in late autumn and winter the sun is very generous that’s why you can have sunbathing here all year round.

In the north-western Crimea climate is milder and with less severe contrasts than in the neighboring regions of the steppe Crimea. This is the main factor in the nature of Donuzlav and west Crimea, contributing to a good rest at its resorts. Summer on the coast is not hot and winter, especially in southern part, is warm. The average annual rainfall is less and the maximum of them is in autumn, but not in summer as in the inner parts of the plain Crimea. 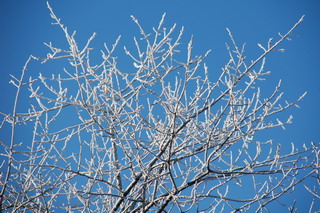 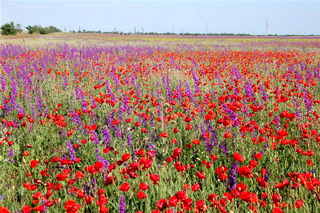 Spring in the north-west of the Crimea begins earlier than in the central regions of the Crimea. However, in spring the heat increases slow, it is the influence of sea which became cold in winter and that explains the fact that in the west of the Crimea blooming of garden fruit trees begins at 8-13 days later than for example in the foothills. Apple trees are blooming all over Crimea in almost the same time, between April 17 and May 5. In spring the weather is changeable. Rainfall is less than in other seasons. The driest and windiest month of the spring is March. West of the Crimea is far from Crimean mountains so due to the climate and nature premature development of fruit crops is shown in the north-west Crimea much weaker than in other regions of the Crimea. Thus, the nature and sea make a wonderful climate in this part of the Crimea. The swimming season on the coast begins in the second half of May.

Summer is clear, in the middle of summer days are hot and dry, temperature is kept within 20-28 C, sometimes up to +38 C. The hottest month of summer is July, the average temperature in July is +23.2 C. For rest and treatment it is the most popular season. Excellent sandy beaches, nature, the warm sea and mild climate make it an ideal for treatment and rest. The air is filled with sea salt particles, ozone and bromine, calcium, magnesium, iodine and other constituent elements of sea water. We can say that the summer in the north-west of the Crimea begins in the second half of May. Summer in resorts of western Crimea lasts up to 5 months. Precipitation in summer falls mainly in the form of abundant strong but short-term rains in early summer. Nature and climate of the western Crimea are favorable for crop development due to relatively high humidity in the summer, especially on the coast of the sea. Even in late summer in August at the seaside in the hottest daytime the humidity is usually above 65%. 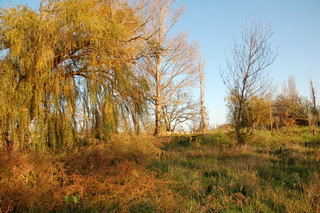 Autumn at the resort of the north-west Crimea is considered to be best time of the year. The humidity increases, heat falls off. The climate gives impetus to the life of nature of the Donuzlav, flowers bloom, fields are fragrant and pleasing to the eye in different color and nature comes alive. By nature we can say that it is still summer, not autumn, and only when the cold northern winds convey to the sea, tearing the leaves from the trees, autumn replaces summer, but when the wind changes into south, over the summer autumn drives away: you can swim in the sea and of course sunbathing. So in 2008, we sunbathed until almost the end of autumn and even in early winter. Autumn is warmer than spring for 2-4.5 C. Clear quiet weather is until the end of autumn. In November there can be little frosts but at the end of it the weather is changing and becoming more windy and cloudy and first night frosts come.

The concept of dryness of the climate of the western Crimea, based on data from weather station located in the coastal strip near the sea, does not quite match reality. The internal parts of that region are moistened not less than many other parts of the Crimea. We note another interesting feature of the region: in the north-western Crimea fluctuations in annual precipitation are great. For example: at the Cape Tarhankut maximum rainfall was recorded at 818 mm and minimum was 113 mm.

Neighbourship of sea has a great importance in sharing of rainfall. There are less of rainfall in coastal regions. So, for example, in Chernomorskoe the annual rainfall are 310 mm, and in Krasnoyarskiy region, which is in 30 km from the sea it is 375 mm, in Voronki it is 386 mm

Speaking about the climate and nature of Donuzlav and north-west of the Crimea as a whole, it should be noted that the nature and climatic conditions are favorable for breeding orchards and cereal crops, vegetables and others, along the coast of the Donuzlav nature created excellent conditions for recreation.